We’re going to share with you another true scary story for this Halloween, to show you just why it’s so important to have a Binding Death Nomination Form, and why it needs to be done right. 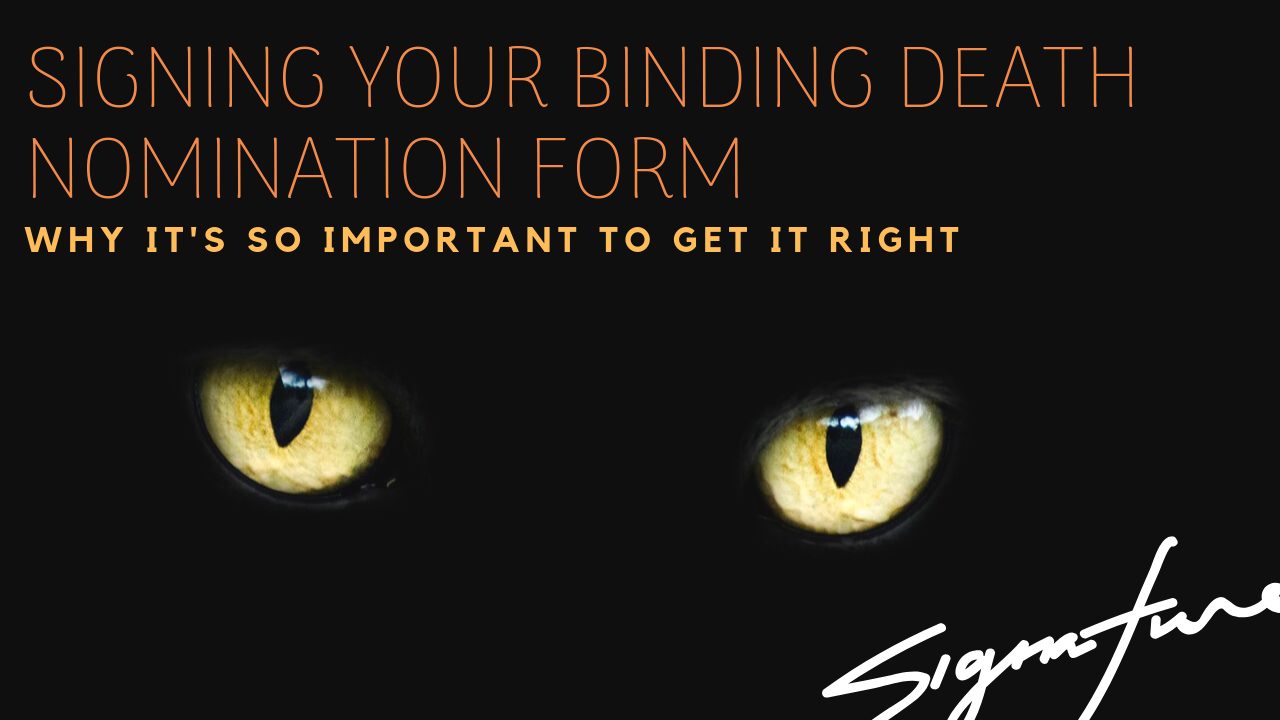 We had a client many moons ago with a wonderful thriving Self-Managed Super Fund.
It was all planned and they had established who and where they would like their assets distributed once they passed. Unfortunately, however, they had miss signed their Binding Death Nomination Form. The consequences? Not pretty.

A Will doesn’t cover your super. Whilst it’s used for your other assets, it has no power over your super. This is where a Binding Death Nomination Form comes in, and why it’s so important.

Because of the structure of a Self-Managed Super Fund, the trustee oversees the assets. The binding death nomination form is legally binding, and therefore must be followed by the fund’s trustee. It directs them to pay out your benefits in accordance with your wishes, which are outlined in the Binding Death Nomination form. Unfortunately, if signed incorrectly, all assets fall into the possession of the trustee, to do with and distribute as they please (even though it’s supposed to be in the best interest of the fund and its members).

In the case of our client here, it didn’t turn out so great.

Their family members didn’t receive the inheritance they expected.

Even when taken to court they lost because the binding death nomination form wasn’t up to scratch.

It’s not only something that Self-Managed Super Fund Members need to be aware of and look after, this also applies to industry fund members. In that case, their trustee is the fund they are with (e.g. CARE, REST, C-BUS, etc.).

Now you can get lapsing as well as non-lapsing binding death nomination forms.

Now this is something you have to have a chat to your solicitor about. Unfortunately it’s not something we accountants dabble in – but we can recommend you get it sorted.

If you want some more information about Binding Death Nomination Forms, how to get them sorted and to make sure their valid, you can read up on it here.

The ATO also have some other information about what happens when a member of a SMSF passes away that you can find here.